A spice with grand annotations, it has a resplendent history bedecked with world-famous records like the writings of Confucius (450 B.C. China), to mentions in the Holy Koran ( 600 A.D. Arabia), both of which chronicle its exceptional abilities. Its European history is of special significance, where it became wildly popular about 1100 years ago. One of the first few spices to be recognised in the area, European culture began using it daily with common table ingredients like salt and pepper. Ginger’s remarkable health-giving properties made it a weapon against the plague in Europe, and soon it began to be considered an item of the Renaissance trade by medieval spice manufacturers.

The modern age has come to accept ginger as a necessity in all culinary activities. It is responsible for some of the most common trends and recipes in food and beverage. For example in the nineteenth century, English pubs used to keep powdered ginger for guests to sprinkle in their beer, adding a much loved flavour, which then became the popular ginger ale.

Technically ginger or ginger root is a rhizome, formed in the underground part of the plant. Rich with biological powers, it has a fiery pungent flavour. It is now an integral part of many processed foods and cosmetics, supplied by ginger exporters in the powdered, dried, fresh or oil forms for daily usage. A remarkable digestive, some of its other great health benefits include:

A powerful agent in alternative medicine, gingerol is a bioactive compound occurring naturally in ginger after which it is named. Gingerol is one of the important natural oils that give ginger its unique aroma and flavour. It reduces the excess number of free radicals in the human body, which are the main cause for oxidative stress that harms internal organs.

Highly effective in fighting nausea, ginger has been used since antiquity for its ability to calm the digestive system. Uneasiness, morning sickness in pregnant women, as well as common digestive ailments are cured through the prescribed intake of raw or powered ginger and ginger based products.

Most recently researched benefits of ginger point towards its ability to reduce the hip to waist ratio in subjects suffering obesity or overweight. 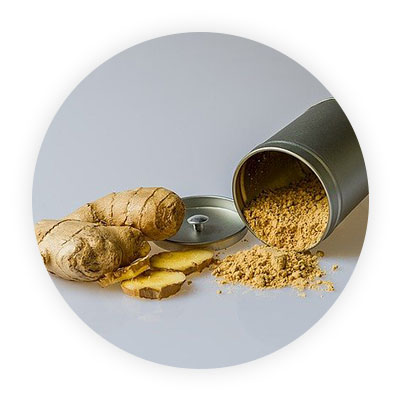