One of the ‘nicest’ spices in the world, everything from mint’s flavour to its aroma is welcoming. It has long been seen as a symbol of wisdom and hospitality, where religious congregations have sprinkled mint water in sacred places. Both the Romans and Greeks used to rub their tables with mint prior to the arrival of a guest in the house. Spreading further through these ancient European spice traders, mint made its way to Britain through mint sauce brought by the Romans. Similarly, it was the Europeans travelling on the historic voyage Mayflower that migrated with the spice to America. In the east the Japanese have made consistent use of distilled peppermint oil for hundreds of years, even extracting menthol from it.

Although the name mint can refer to any in half a dozen plant species like peppermint or spearmint, all have highly popular usage in modern processed products and belong to the genus mentha. As on today there is hardly a soul on earth who would not have tasted mint in one form or the other. It is also a highly popular addition to world’s most consumed beverages like tea to alcoholic drinks, cocktails, and then salads and desserts.

While mint’s culinary wonders are well-known all over the world due to its very strong and obvious flavour, its remarkable medical properties are less known. Apart from being just a tasteful appetiser, mint also offers great health benefits:

Due to its powerful aroma, any kind of mint is usually consumed in small quantities. However, even those small quantities, if taken in a regular basis, cumulate into a powerfully nutritious supplement. For example, 14g of spearmint alone contain about 1gm of fiver, vitamin A, manganese, folate, as well as iron. Among these vitamin A is highly necessary for good eyesight, and other minerals are a must for healthy body functioning.

A rising condition in today’s fast food laden diets, the IBS can cause chronic damage to the intestines while the pains are near unbearable. Mint is a great reliever of the intestinal muscles due to its menthol content. Mint exporters have also quoted peppermint oil capsules as an effective treatment for the syndrome. 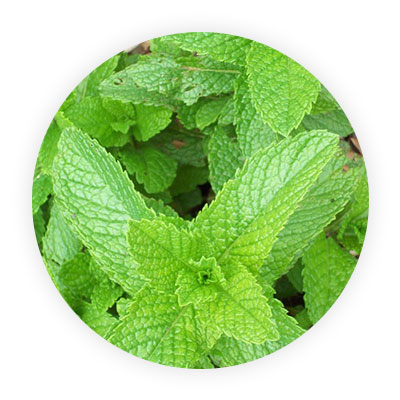